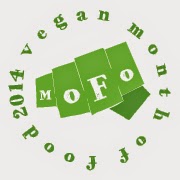 First things first - I am so annoyed with myself that I didn't call my coffee post Coffee Talk.  Seriously, what is wrong with me?

Moving on and speaking of cop-out posts, today is another because I don't really have anything to talk about.  I thought I might review a cafe I went to this afternoon, but I ended up only getting cake because none of the savoury food appealed (and they had surprisingly few vegan options knowing that a large group of vegans was visiting).  And this place is known to be shutting in the next 6 months, so really there's no point.

So I'm gonna talk about bagels.

I eat a bagel for breakfast almost every day.  But I don't think I can call myself a bagel purist.  I mean, I'm Southern, and we don't really do bagels the way the North (specifically NY) does bagels.  I grew up on frozen Lender's Bagels and never knew a fresh bagel until adulthood.  I had one bagel when I visited NYC and, sadly, wasn't that impressed.  I think that's mostly because I like my bagels toasted, and this bagel was cold (baked that day, but not fresh from the oven).  It was alright because garlic bagel, but it wasn't the life-altering experience I expected a NY bagel to be.  And of course, living in the UK, I only have access to store-bought bagels.

That said, I do have preferences.  I used to favour plain bagels, but then I discovered sesame.  I can't remember why I picked up the sesame bagels - either I was curious or that was the only variety available other than the dreaded cinnamon raisin (cinnamon yes, raisin no*).  But now sesame is my go-to bagel.
I've made my own bagels before (the ones in Vegan Brunch, I think), and they were great.  But I sucked at shaping them, and even though it was pretty easy as far as bread-making goes, it was still far more complicated and difficult than buying them.  I convinced myself it was so easy to make them that I shouldn't ever have to buy them again, so I went without for months.  Those were dark times.

As far as brand - Sainsbury's bakery only.  I've tried every other store and shelf brand (New York Bagel Company, you're fooling no one), and the Sainsbury's bakery bagels are the only ones that are even tolerable.  I think the most disappointing bagels I've ever eaten were the Asda sesame bagels - they looked and felt exactly the same as Sainsbury's, but once cut and toasted, you realise that they're horribly dry in the middle.  They were so bad, worse even than Tesco because at least you knew going in that those were inferior.

I always eat them toasted.  I just can't handle cold bagels.  I've eaten my bagels the same way forever - toasted, layer of margarine, then a layer of cream cheese (Tofutti - other brands here have a wang).  If I'm honest, they're mostly a conveyance for cream cheese.  I think I've tried other things - I'm pretty sure I've had a plain bagel with either chocolate hazelnut spread or Speculoos because sometimes I run out of cream cheese.

Like I've said before, I'm a creature of habit.

I'm sure my bagel-eating ways will be blasphemous to some, but I like what I like. So what are your feelings about bagels?  Favourite flavour?  Toppings?  Toasted vs untoasted?

*OK, so I think I've mentioned my thing about dried fruit but never explained.  I have issues with the texture and appearance of dried fruit in things.  Frankly, it creeps me out.  And when I bite into dried fruit, especially when I'm not expecting it, honestly, my eyes water and I gag a little bit, and I sometimes think I might cry.  So, not that this is likely, but if you ever want to make me something, don't put dried fruit in it unless you want me to cry.
Posted by Rachel Hallows at 13:22